learn to sail on a small boat first 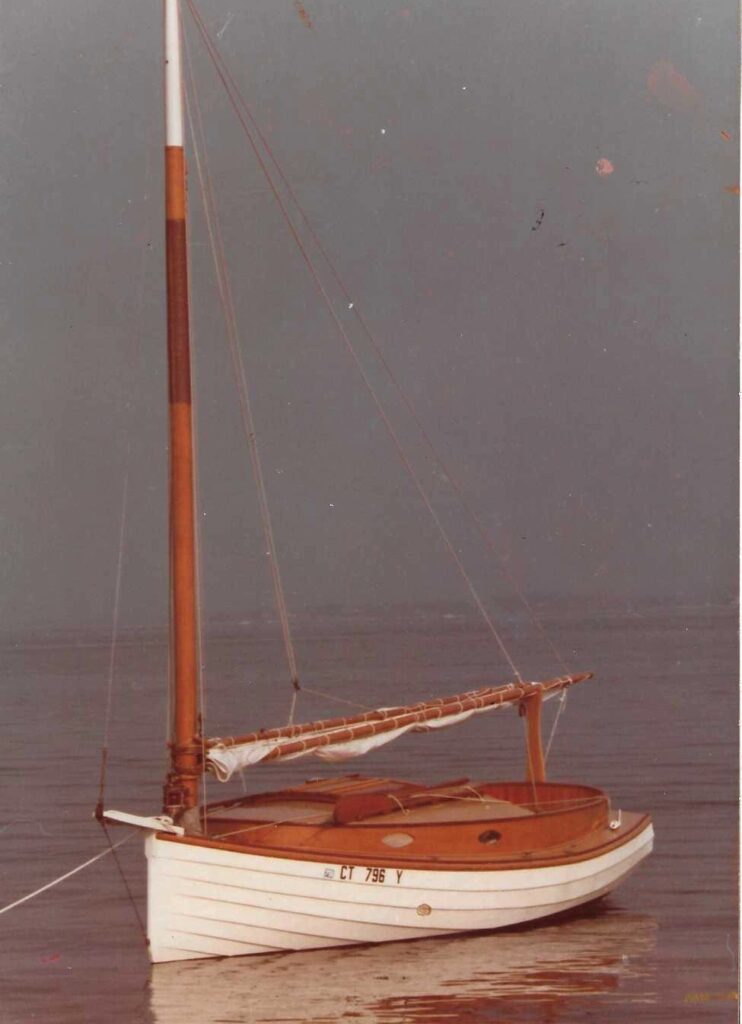 Like many things, learning to sail can be relatively easy IF you begin on a small boat.   Sailing is a mix of specific knowledge, honed skills and a gut instinct for the wind, current and the feel of the boat.  I first learned to sail a Beetle Cat (12ft-4in long) on New Jersey’s famed Toms River.  In the early weeks at Admiral Farragut Academy once you passed the swimming test you were cleared for sailing instruction.  Early sails were limited between the Academy’s Pine Beach waterfront and Island Heights Yacht Club and the former “Wannamaker Camp“.  The summer’s goal was to qualify to coxswain the 21 foot Cats.  Coxswain’s were permitted to sail the length of the river to the entrance into Barnegat Bay.

For history buffs, beginning in 1900 Wannamaker would provide a two – week vacation for all of the boys and girls from his New York and Philadelphia stores.  This would be the first time many of these young people would see the seashore and experience living away from a large city. Imagine that Amazon!

It’s no accident that boats evolve from the waters they ply. The mariners of Barnegat Bay, the largest inland body of water in New Jersey needed sturdy boats to move cargo across its choppy waters. Single-sail catboats were powerful vessels that could handle heavy loads, and while big sails were a handful, they were necessary to make good time, efficient in both strong or light winds.

The design of the Academy’s 21’s were an adaptation of the great Cape Cod Cat. The wide beam, with the rudder not extending below the bottom of the keel, and a centerboard that lifts up, were features that lend this boat to shoal waters. It was a boat that could be beached. The six foot wide beam make it unusually stable and gave it a large carrying capacity.  Made entirely of wood, featuring oak frames with cedar planking, with no ballast, they were unsinkable. The large decked area forward on the boat, meant spray falls on the deck rather than inside the boat. The rig is similar to that used on the old, large-size Cape Cod catboats, with the mast well forward, and using a single sail. With this type of rig, known as a gaff rig, if you release the tiller, the boat will head into the wind and practically stop. This feature makes it an ideal boat for campers.

As they said in 1957,  “to cast off alone,  you need to earn your QBH (Qualified Boat Handler), and if you want to sail the 21’s, you need knowledge”.  The QBH required the following: 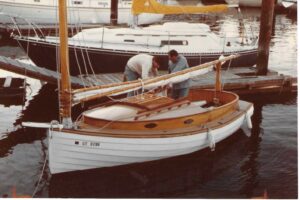 Other ways to learn to sail include experienced captains search for mates for sailboat transfers and regattas, where an extra pair of hands comes in useful.  Check your local Yacht Club Bulletin Board.   Newbies just need to pay for a ticket and meals. You will have a great opportunity to practice and build your nautical miles, besides your skillful work may also be awarded.

After the Navy, I wanted a boat.  Janet Eilber a best friend from high school friend was dating a man who owned a 16′ cat boat named after its builder John D Little (above left and top).  I was invited to join them for a sail on the Connecticut River and from the moment I stepped aboard, I kept repeating “if you ever want to sell her Tom (Richmond), call me.”  Within a year I got the call and the John D Little became my first of three boats ( John D Little, Corsair, Siskiwit).  Three boats, 46 years of ownership.