For twenty five years (1987-2013) selflessly volunteered up to 8 hours every day bridging the gap in offshore weather often providing our family and often as many as 80 other mariners with suggested safe courses and or suggestions to stay put or put to sea. He retired in 2012 and my single side band radio has been a much lonelier place without Herb. He played a particularly important role with Siskiwit during the period of March 12-15, 1993 in what later was named the STORM OF THE CENTURY. Every major airport on the U.S. East Coast was closed at one point as the storm rolled up the entire eastern seaboard. Herb got us off the plan to run outside from the Bahamas to Jacksonville or Savannah and we rode the storm with two anchors and winds gusting up to 60 knots. When the storm passed 11 boats had gone ashore and Siskiwit ferried passengers off a number of the boats back to Nassau in order for them to catch their return flights home. At the end of every broadcast herb would sign off saying “Have a Good Watch.” He must be approaching 80 years at this point. Herb exemplified the best in yachting.

Have a Good Watch. 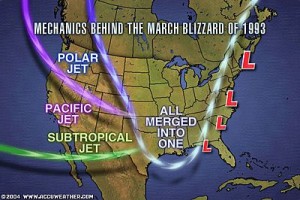